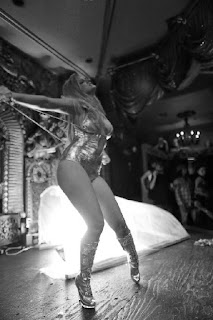 The Friday before I left for home, a few of the Toshiba folks I've come to know well decided to give me a farewell treat. They did not say where we were going, only that we had enough people for two cars and that it involved driving out of town. The whole thing was to be a surprise.

I got into my main host Tateshita's car with three other fellas. It seemed quite full but we were comfortable. The guys were smiling and nodding to each other in conspiratorial tones. It only fueled my imagination as to where they were taking me.

The first week that I arrived in Fukaya, these nice folks had taken me and Chee out for Japanese sushi and teppanyaki. The eatery was in a part of town not too far from our hotel and we all had our meal sitting cross-legged on the floor. At the time, Tateshita had told me why he had preferred to work in Fukaya rather than Tokyo itself. He said the houses there were much cheaper, some 40% less. The one hour commute might seem long to others, he said, but to most Japanese, an hour's commute by train was quite common. He also like the more tranquil suburban setting of Fukaya; it suited his hobby in gardening.

Tateshita was in his 40s and married. That made me wonder if he, like most Japanese men than, handed over his pay check to his wife. He jokingly said yes and hoped that his wife would not run away when it came time for him to retire. Tateshita looked and sounded like a very open and caring man. I could only imagine him having a loving relationship with his wife.

In the car, the Japanese fellas were talking amongst themselves in a very convivial mood. I tried to make conversation, but given our language barrier, that effort met with little success. I noticed that we had left civilisation and was now driving along some hilly terrain. We started off from the Toshiba factory at around 5.30pm when the sky was still blue and bright. Now, the sun was setting and the light fading. We had driven for almost 45mins with no destination in sight.

At one junction, the fellas stopped to ask for directions. After some finger-pointing by the locals, we set off again. We continued on hilly roads flanked by tall grass and grassy knolls. I could see light moving out to make way for shadows..

Finally, after another fifteen minutes, we came to what looked like an abandoned two-storey concrete building. Grass was overgrown everwhere and the entrance itself looked boarded up and weather-beaten. It was obvious that the place had been closed up for a long time. I asked Tateshita what that was. He sheepishly admitted that they were looking for a striptease joint that they had known existed. It was funny the way he tried to illustrate striptease with toweling motions across his back.

I laughed when he told me that. I told the fellas that they must not have been to the place for donkey years. A good sign, I thought, for some of these married men.

Well, the fellas were obviously disappointed and apologetic. But it didn't last long. These guys were all get-up-and-go sort of persons and after some quick consultation amongst the leaders, we got into our vehicles and drove on.

After another half an hour, we arrived at a place called Ota. The name reminded me of a Japanese colleague in our factory in Singapore. His name was Ohta though, spelt with a 'h'. He might or might not have originated from that town.

We were all desperately hungry and I was glad to see that we had stopped off at an Indian restaurant. Its main door was glass and aluminium, and decorated with ornate designs in purple and in a Persian kind of way. It was an Indian restaurant run by a true Sikh in a turban. Seeing that, I felt relieved. I was gonna get some real curry and not the brown beany stuff that the Japanese passed off as their own.

When the naans and chapatis came, the long and disappointing drive from the factory was soon forgotten. These fellas from Toshiba Japan couldn't be better hosts and dinner companions. They seemed to like real curry too, probably a taste they had acquired visiting Singapore. Or perhaps it was a taste acquired in Ota from one too many visits to that now defunct striptease joint. Whichever the case, I was just happy that my taste buds got titillated instead of some other body part. Succulent mutton and brinjal curry. Man, these kind of stuff I would rather choose over a striptease act anytime!

Story origin: A VCR Affair
Next story: A Bull Run
Posted by TC Lai at 10:36