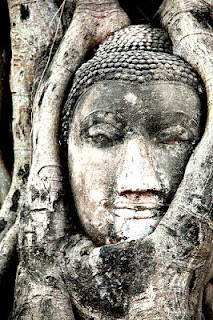 Public Relations work is interesting. If you can write and communicate, you can probably work in a PR agency. But it does take more than that to succeed.

For me, I've always found PR work to be 'light', in the same sense that it is "not so serious work". I've worked in R&D Engineering before; it is considered more traditional and, serious.

Yes, Engineering work requires a level of concentration and skill in manipulating Math and Science, but the work environment itself can be incredibly dull. Imagine a bunch of people quietly verifying their designs or performing measurement analysis.

In PR, I usually found my colleagues to be more communicative and outgoing than in Engineering. And they were no less serious about their work. It is something I admire a lot about about these professionals.

So, going into PR work, I too tried to professional. And at the same time, to enjoy it as much as possible.

Before PR, I was (a journalist) on the other side of the fence where I got wined and dined. I was at the receiving end of what PR people planned and executed. These were mostly press conferences, one-on-one interviews and of course, press junkets. All journalists look forward to press junkets. It's when you get to go on a trip and be treated like royalty. Well, almost. But you get the idea.

The trips are almost always sponsored by corporate clients of PR agencies. An exotic location is usually selected; the invited journalists brought there; and a dinner is then hosted, often by a senior person of the client company. So you can imagine such press junkets to be expensive and only afforded by well-off MNCs with large Comms budgets.

For me as a journalist, more than just a good makan time, I view such occasions as opportunities to gain access to the top people of a Fortune 500 company. The CEO of Microsoft or Oracle, the CTO of Cisco or Intel, etc... decision-makers we would otherwise have a hard time meeting (or get an opinion from) under normal circumstances.

For large companies, such press junkets are often organised as part of a corporate retreat with stakeholders, i.e. the customers and partners. There they would learn of the company's future direction in terms of a product roadmap, marketing and channel strategy, changes in personnel, etc.

The Management types would often take time out to share their vision with the media so fresh news of the company can get out. But as such news are usually sugar-coated, I would try to get hold of a customer to talk to. But of course, the company or PR person will try to keep you from doing that. No one in their right mind would want a reporter to talk to a customer unsupervised. It would be like shooting yourself in the foot. But there are always ways if a journalist is so inclined. It could end up as a cat-and-mouse game.

Such trips cut both ways. It is the classic "You scratch my back, I'll scratch yours" kind of endeavor. But as a writer, I am always be mindful of the hard-sell these companies who invite you make. They rely on you to get their corporate message out to the industry and always want it to be as rose-tinted and positive as possible. But as a reporter or writer, you have a certain integrity to adhere to. Also a duty to your reader to remain unbiased.

One of the more elaborate press junkets I've been too was in Bangkok. I was invited by the kind folks of Canon. Back then, I was writing for a regional IT trade paper.

The next day, we travelled to Canon's new inkjet printer factory in Ayutthaya, that ancient kingdom of Thailand. I was very impressed by what I saw there.

The production line processes were novel and innovative. They were not your typical linear type of operation. The time and personnel required to assemble a printer were greatly reduced. Work for production workers was also less repetitive and more varied, factors that could help reduce job burn-out and absenteeism. Canon's new and revamped production lines were certainly operating very differently from what other manufacturing folks were doing then.

I should know because I had worked in an advanced factory of almost 3000 people in various capacities before going into Journalism, and so could appreciate what Canon was trying to do. Besides, Canon's factory in Ayutthaya was the biggest employer in that area. It thus should play a greater role than just make printers.

As a matter of fact, they did.

The factory put in place pro-Community policies after much consultation with its workers. One such initiative led to the setting up of a supermarket on its premises. The supermart allowed the majority population of female production workers there to buy things before heading home after their end-of-shift, which could be late and the shops closed. The set-up was especially good for the mothers amongst the workers. I was told that shampoo and baby milk powder were the two most popular items bought at the supermarket. Not surprising, really.

After the factory visit, we journalists were led to room where we could ask more questions of the new manufacturing setup. In our group were quite a number of journalists from India. What I discovered about them was not pleasant.

For one, they were rather gruff and rude. They behaved as if they should be feted like VVIPs all the time and showed it. During question time, they did not even bother to introduce themselves nor precede their question with a polite Mr So & So. They sounded bored and appeared as if they much preferred to be somewhere else.

That was not the first time I had seen them behave in such a deplorable manner. They were the same during our first-night dinner. At times, they were so rude that you just want to punch them in the face on behalf of the hosts. Little wonder that the PR and Communications folks preferred to deal with us reporters from Singapore, Malaysia, HK, or the Philippines. We seemed to have better Asian sensibilities and etiquette than those ill-mannered blokes from the land of the Maharajahs and Untouchables. Perhaps they were channeling a bit of both, so proud and insecure they were. Or they could be exhibiting unsavory traits learned from their colonial past. I know in their work culture there, the bosses still preferred to be called "Sir". In any case, manners aside, I considered their behaviour to be very unprofessional. I wondered then if the PR folks even had to give them "cha (tea) money" to run a press release!

In the afternoon, my group of journalists were treated to a tour of the ruins of Ayutthaya. They were impressive, but I rather see the ones in Europe. You see, because the weather there is usually dry and cool, the ruins look better. They are not moldy and covered with algae or some damp patch. They also do not smell of mildew and dog urine, which was quite bad at Ayutthaya. A couple of times, I saw much worse. You could say the visit to Ayutthaya was a 4-D experience: 3-D structures with the additional dimension that assaults your sense of smell.

Therefore, as much as I wanted to appreciate the ancientness of Ayutthaya, its more recent foul additions made the visit wholly unpleasant. Nice to look at from a distance but terrible to explore up close. A solution would be to mask your nose first with lots of Tiger Balm or Axe Brand Oil!

Next story: Stockholm Bar Top
Posted by TC Lai at 03:15